Disrupt or be disrupted: the case for embracing cannibalisation

If you don’t cannibalise yourself, someone else will. Find out why you should start competing against your own business.

The topic of cannibalisation will always pop up in some shape or form when considering whether to invest in innovation projects. I’ve heard business leaders say things like:

That’s fair. The perfect innovation project would increase margins, addressable market size, and market share. But could there be a case for investing in a lower margin innovation that 100% cannibalises your existing business? 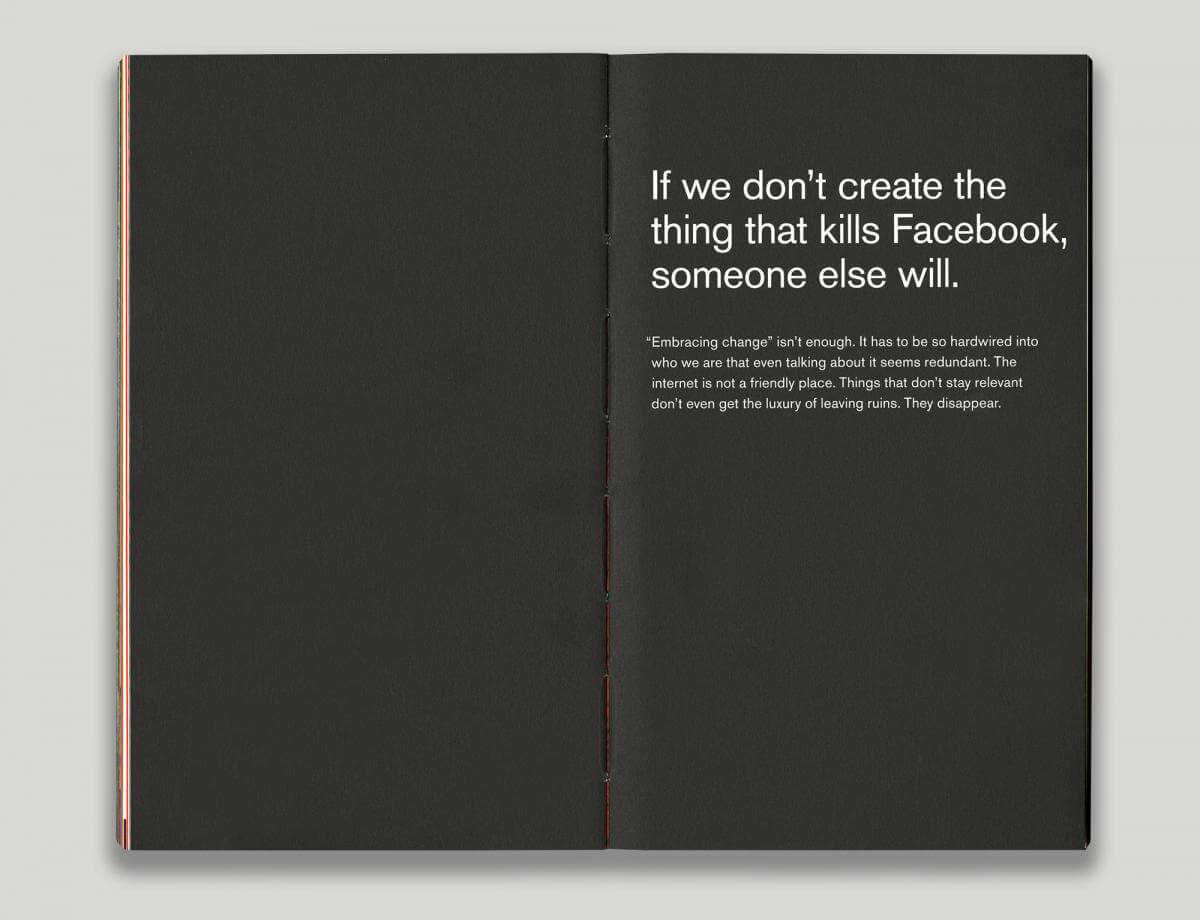 In other words: if you don’t cannibalise yourself, someone else will. The way to evaluate whether to invest in an innovation project then becomes less dependent on the existing product range. What matters is whether a competing offering could potentially emerge and whether you would prefer that competing offering to be yours. Below are three questions to ask.

1. Is there a chance customers would prefer this solution?

Be careful not to assume customers would not love the solution because it is seemingly inferior. A good example is the scale up Quip. Quip sells basic but beautifully designed electric toothbrushes. The main feature that sets these toothbrushes apart from manual ones? A short buzz every 30 seconds, and a longer buzz at 2 minutes, indicating how long you’ve brushed.

Would customers prefer Quip over more advanced electric toothbrushes? At first glance, it seems not. There are far superior toothbrushes in the market, featuring six different brush modes, sensors, wifi connection, and an app. Scientific research and dentist endorsements confirm how effective these brushes are at cleaning your teeth.

As it turns out, however, customers love the simple, Instagram-worthy looks of Quip. And to make matters worse: dentistry organisations started endorsing the product. Why? Quip is very effective at nudging users to brush twice a day for a full two minutes! Lack of discipline, they argue, is a bigger dental health concern than ineffective toothbrushes.

2. Could this solution become profitable at scale in the long term?

Online fashion retailer Zalando did not become profitable until they reached 1.8 billion euros in revenues, which took five years. VC backed scale-ups are betting on future profitability. They are willing to accept a high customer acquisition cost to achieve scale.

The final question to ask is what would it cost to do something, and what would we lose if we did nothing?

For instance, consumers are putting more and more pressure on supermarkets to reduce plastic waste. What’s the potential cost of doing nothing for a supermarket chain? First, environmental groups could start calling out the company for not reducing their plastic waste. This could lead to reputation damage. Second, zero waste (online) supermarkets might start gaining market share. Third, other supermarkets might gain market share and increase margins by offering a new alternative to plastic. Note that these costs occur on a large scale.

What’s the potential cost of doing something? The supermarket could experiment in one store, and exclusively in the fresh produce department. It would cost a small team of resources to create the experiment, test it, and measure the results. This one pilot supermarket could also run into a lot of issues. It could lose customers who don’t like the reduced packaging. It could run into unforeseen issues. If the risk is not managed well, these issues could even cause reputation damage. Mostly, though, it seems that the costs of doing something occur at a small scale!

Self-cannibalising makes business sense, but that doesn’t make it easy

Why did Amazon launch the Kindle? Why is Microsoft offering free Office mobile apps on the iPhone? Why are banks offering cheaper sub-brands? Why do mobile operators open up their infrastructure to “Virtual Network Operators” like Virgin Mobile?

Then why is it so hard? At least part of the answer seems to be decreasing returns to innovation efforts. In his book ‘The Innovator’s Dilemma’, Clayton Christensen explains the two main reasons for this:

Not easy is not the same as not possible

How can a company compete with itself? From an organisational perspective, this seems to pose a challenge. Luckily, there are several ways to solve this.

Build a family of brands

A common practice in FMCG, media and other consumer industries is to build a family of brands with overlapping target markets. Brands of the same company are competing against each other. Sounds inefficient? It’s still cheaper than competing against emerging brands. Efficiencies come from dominating supermarket shelf space (P&G), magazine rack space (Condé Nast), or digital advertising space (Facebook).

Get a black-ops team to compete with your existing business

When WeChat launched in 2011, its parent company Tencent’s main source of revenue was a desktop chat app called QQ (similar to ICQ). Tencent saw user growth for QQ declining. They decided to allow a small team of engineers based in Guangzhou to build a competing product (away from their HQ in Shenzhen). The team in Guangzhou built WeChat. Tencent killed of QQ in 2018, and WeChat is now valued at $500 billion.

Great ideas with the potential to kill existing revenue sources have a tendency to die out as they move up the corporate ladder. A way to solve this problem is to allow employees to pitch their ideas directly to senior management. Their ideas compete with start-ups outside the company. The best ideas get funding and coaching, the same way external start-up incubators work.

Have a cannibalisation target

A cannibalisation target is not as ominous as it sounds. It could be as simple as requiring a certain percentage of revenues to come from products introduced in the last two years.

If you don’t cannibalise your own business, someone else will.

Roos Reitsma is an independent consultant and the Data-Driven Innovation lead at Riverflex. She worked for Hedera (part of Cognizant) as Manager for Growth Strategy and Innovation, and at Microsoft as Digital Analytics Manager.

How to build a successful agile enterprise 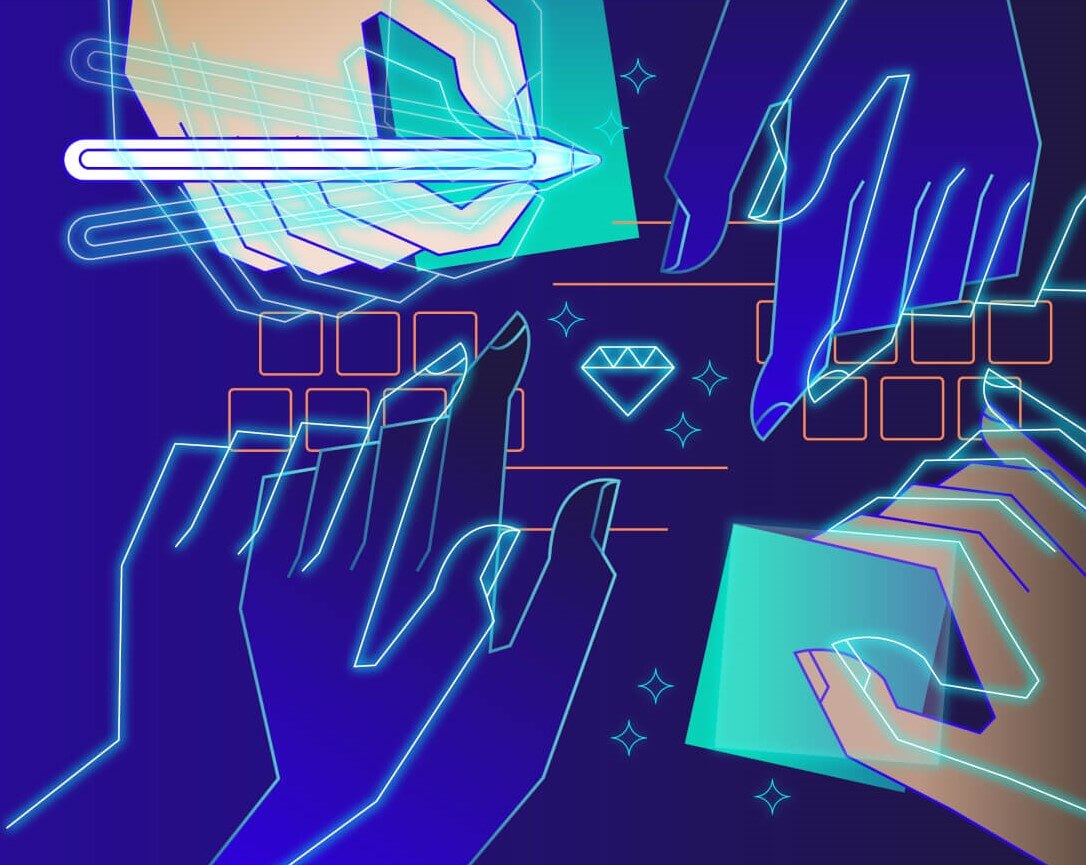 How to successfully scale RPA in your organisation

How to Successfully Work With Independent Consultants